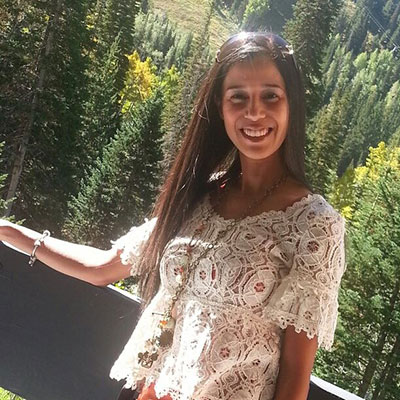 In June, Doris will be joining other cancer survivors from across the country to climb the ancient Inca trail to the summit of Machu Picchu in Peru. Her Radiation Oncologist, Dr. Brandon Fisher from Ogden Regional Medical Center will also be part of the adventure. The trek is organized by Radiating Hope, a non-profit organization with a mission to improve cancer care around the globe.

Doris Centeno plays a lot of roles: wife, mother of a beautiful young girl, dance teacher and event planner. She's also a cancer survivor… at the age of 48.

Doris always considered herself healthy, she was feeling great, maintained a healthy weight and looked far younger than she is. She was an avid hiker and was in great physical shape. She kept a fairly healthy lifestyle though she says she never was a "salad girl" and had a robust appetite that belied her thin frame.

Doris was doing great. Married, employed in the healthcare field and spending time with her family and church members. But, as Doris was soon to learn, she was about to face a new challenge. In January of 2015, coworkers noticed a lump in her neck and after some testing she was rushed to emergency surgery to remove a blood clot that was perilously close to her heart. The surgery went well, but doctors noticed another mass on her images that looked suspicious. "They never said 'cancer', but somehow I just knew." Doris says. Unfortunately, her hunch was right and she was given a diagnosis of stage 2 Non-Hodgkin lymphoma.

Non-Hodgkin lymphoma (also known as non-Hodgkin's lymphoma, NHL, or sometimes just lymphoma) is a cancer that starts in white blood cells called lymphocytes, which are part of the body's immune system. Non-Hodgkin lymphomas can spread to other parts of the lymph system if not treated. Eventually, they can also spread to other parts of the body, such as the liver, brain, or bone marrow.

Doris underwent both chemo and radiation treatments and several surgeries in a very short period of time. She was treated with a more precise type of radiation treatment called Tomotherapy at Ogden Regional Medical Center under the care of Dr. Brandon Fisher, a radiation oncologist.

Her original treatment plan was designed for 6 months, but after just 2 treatments, her cancer had disappeared!

But even a shorter treatment cycle took its toll. Treatment costs caused her to put off a kitchen remodel. Doris lost a lot of her energy, her work time and even her prized, long, beautiful black hair. "Losing my hair was so hard. I had always been fond of it. My husband joked that it was my biggest worry through this whole journey. I lost about 25 pounds during my treatment, and I tell people that 20 of it was my hair! But, I decided that I would not let my hair define me. I am more than that." Doris tells us. "I told myself 'kick that cancer to the curb, girl'. And that's what I did."

The biggest trait Doris hopes to bring to the climb is to let her "can do" spirit and positive energy nurture and elevate those who might feel discouraged when they see a big challenge in their life. After all, as she says, "I'm a motivator. I am not a quitter."

Now Doris is feeling much better, thanks to God and her family and she's looking forward to a new adventure. She's getting back to her active life, teaching dance and walking daily. She is especially looking forward to seeing Machu Picchu and helping others along the way.